I use to be addicted to role-playing games. One of the classic aspects of the game was that you often had to “level up” before you could move on to a new and more challenging section of the fantasy world. Leveling up meant increasing your character’s attribute such as strength, wisdom, agility, charisma by earning “experience points” (lovingly known as XP) through defeating a variety of monsters. Depending upon what kind of character you wanted to become – a thief, a mage, a warrior – you would develop certain attributes more than others. 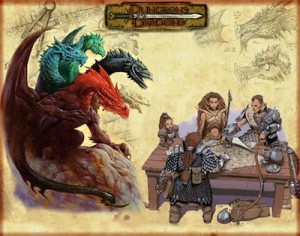 However, the choice of when to move into the new territory was up to you though. Some players would level up until the new challenges would pose little threat. Others would throw themselves into dangerous territory and die repeatedly at the hands of overpowering monsters. The astute player realized though that if you can strengthen your character just enough to defeat one or two of the more powerful monsters, you would level up more quickly.

Leaving a job for new territory does require new “attributes” and perhaps new tools and skills. An engineer co-worker of mine started a successful business selling incredible coffee, but not before spending years studying coffee and running a small tutoring business part-time. He leveled up before he took on a bigger life investment.

Developing these new skills while on the job isn’t easy. With family and work commitments, you can easily find yourself unable to find the time. You may have to slowly develop those skills over many years. But at some point, you’re only going to gain the big XPs by fighting the big monsters.

In your real-life role-playing game, don’t foolishly throw yourself into the jaws of a monster business you can’t possibly succeed at, yet at the same time, don’t wait forever in the safe territory trying to develop all the skills you need. As Ken Low would say, you develop the capacities for the journey by taking the journey.