Continuing from the last article, we know that leadership is not just a position. But there are many roles played within a healthy ecology of
leadership. What are some of the roles played in this ecology of leadership? How then can you cultivate these roles in the ecology? 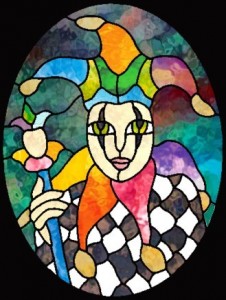 Although we immediately think of a religious martyr, the prophet plays a critical part in helping communities shift. The prophet is someone who sees what society is blind to and then confronts society with it.

Perhaps they see that the water resources are being poisoned or that human beings are treated unjustly. In any case they, like the Greek mythological priestess Cassandra, foretell disaster, but are believed by no one. It is a given that prophets are attacked or exiled or killed for their efforts.

Yet we need these self-sacrificing individuals to bring attention to the biggest challenges the community faces. Without them, we would be unprepared for
disasters. Prophets are like canaries in the mines who warn of what we, the main body, have yet to come to grips with.

Remember when David Suzuki seemed like a fringe environmentalist dismissed as an extremist? Today he has become more mainstream and even Wal-mart is listening.

While the prophet speaks loudly the unvarnished truth, the truth-teller investigates and simply reveals the truth. A democracy whose population is blind
to the realities of life cannot possibly make a good and free decision. At the same time, it’s also not possible for a citizen to be an expert in every field
of study. Thus we need people who can be trusted to interrogate reality and bring back what they discover.

In modern society,  look at the Pullitzer prize winners for investigative journalism (http://www.pulitzer.org). These are people who spend months checking
facts, digging beneath issues, questioning people, and exposing problems unseen by the masses. Without these dedicated truth-finders and tellers, society would not be able to self-correct.

Organizations need people who care less about the existing formal authority structure and more about getting to the bottom of things. Who are the
truth-tellers in your community?

Once upon a time, the King would hire a court jester. That jester had a difficult but important role to play. His role was to criticize the King without
incurring the mortal wrath of the king. The critic plays a similar role to the truth-teller except that the truth is directed at the formal authorities.
Consequently, the critic must find a way to be heard without being killed.

Many of the thoughtful comedians today call attention to our human foibles. We laugh but we also think. Jon Stewart of the Daily Show is a brilliant example of how using “fake” news calls attention to the real news. He manages to criticize political establishments, media outlets, and other powers-that-be without getting cancelled… a feat only the finest jester can accomplish.

Leaders need their own jesters or critics. Formal leadership tends to create an unthinking compliance in the followers. If you are a leader, how are you protecting the free thinkers who challenge your decisions but in ways that are respectful?