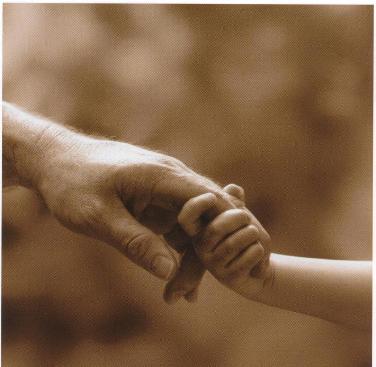 A friend died suddenly of cancer recently. As a result I’m in shock not knowing what what to feel or think. To be honest I haven’t had to think too much about mortality in a personal way until now.

I was with her at the hospital a few days before she passed away. At first you wonder what to even say or do. But then you realize that the imminent end strips away the need to skirt around reality; this is goodbye. You share memories, gratitudes, and yes even hopes for the future.

This was the gift that Tracey gave me and, I would guess, others. Despite it being her last days on earth, she looked to the future not so much for herself as for the people around her including her husband and son. This was typically her. Throughout her life, she faced blindness, cancer,and motherhood with a kind of directness and courage that inspired everyone who met her.

She also demonstrated that death isn’t the end. It’s not that I have any strong convictions around where she will go in the afterlife. But I do see how her actions have created ripples of change that will last beyond her life. This is as close to a grounded meaning of eternal life as I can define. What we do in this life does matter to the generations to come and perhaps in that way we do live on through the influence and impact we’ve had on others.

There is nothing revolutionary about this way of thinking except perhaps in our current individualistic and egotistical society. Every tradition has some sense of legacy. My middle name in Chinese tells me that I represent the 27th generation in my family. Today, however, we know that we are all part of the same family, the same species living on a relatively small and limited home.

So, the question becomes whether we are supporting humanity’s journey or hindering it. Easy to ask at the high level; difficult to work out the details since we don’t often ask questions about our own humanity. We assume it like an heir to the throne.

In an insulated society like ours we are protected from the debilitating fear of starvation, the violence of war, or the threat of freezing to death. Always a dangerous proposition for a species dependent on its ability to sense the environment around them. While safety gives us the space to explore and understand our world, safety also makes us complacent about what ensures our long-term safety.

Death is a major part of our evolutionary process. Without it, species would not be able to adapt from one generation to the next. We’re lucky in that human beings don’t always have to wait until their genes get updated. We can update our thinking about the world more quickly. Nevertheless, death is the final arbiter as to whether our thinking is sound, whether our civilization is worthy of life.

There are other ways to approach death though. You can take on beliefs that make it easier to deal with maybe even dismiss it altogether. You can decide that life is all about you and enjoy the ride. Or maybe it’s like groundhog day where you spend your life trying all the wrong ways of living before finding a good way to live.

I haven’t come to terms with it. I am caught between wanting to be brutally realistic about death, wanting to transcend it, and well wanting to avoid it.

I have figured out one piece of it though. If I thought about death only as it applies to me or other individuals, I fall into a survivalist “who-lives-who-dies” mentality where death is to be avoided at all costs. When I think about death as a part of life and when I think of myself as being part of a human community, I am better able to make sense of it. So rather than being only concerned with what life insurance policy I need, I am also concerned with why war, famine, disease is such a large part of our civilization.

Strangely enough that puts me at peace with my mortality.