Most mornings in Sri Lanka begin with an adventure derby on a three wheeler taxi. The adrenaline rush is better than coffee sitting in the back with no seat belts weaving between trucks and into oncoming vehicles. If it were an amusement park ride, the price of admission for tourists would be more than justified.

Over the weeks, I think I’ve evolved from a completely naive tourist to a slightly more aware tourist (after narrowly avoiding getting killed by a three wheeler rushing across the street). From the hotel into the city Colombo a three wheeler costs 1000 Rps (Rupees). Go back to the hotel the same distance and you can get a ride for 800 Rps without negotiating. With the help of a local on the other hand, you can get home for 500 Rps. Half of what we normally pay as tourists. Why the price variation?

I’ve mostly gotten over the feelings of being ripped off and accepted what is (as a Buddhist might say). Ultimately paying a little over $9 to get both of us to most places we need to go is a great price for us and a bonus for the drivers.

I am however curious at the economics of it. Drivers waiting near hotels will charge tourist prices because tourists don’t know any better and drivers can always find some other tourist who doesn’t know or care to know. If you walk up the street away from the hotels, you still get tourist rates but you can catch a ride for a couple hundred rupees less. Head out into the less tourist-populated areas and you’re more likely to negotiate a near local price.

It’s a system that relies on clueless tourists. As you get to know the environment, you know how far places really are and you have a sense of the average tourist price so that you can avoid the most flagrant abuses (as much as four times the going rate for a short walk away!). The drivers work together to avoid undercutting each other making it easier to hide the actual price particularly if you don’t speak Sinhalese. Call it a tax on ignorance.

None of us can know everything of course. The driver knows the roads and can navigate the traffic. I value it so I willingly pay for it. At what point, however, does taking advantage of someone’s ignorance become unjust exploitation?

A fortuitous question as I just finished reading Griftopia: Bubble Machines, Vampire Squids, and the Long Con that is Breaking America. A great read which exposes the exploitation of ignorance on a massive scale by Goldman Sachs and other players. Every citizen should get familiar with the bigger story because it’s important not to confuse the three wheeling market and the pyramid scam played the high-rollers.

Imagine a supposed free market economy where the winners get to make the rules, be the referee, and hide that fact from the spectators. We’d call it fraud, and that’s what has led us from one financial crisis to another.

I has become clearer how Goldman Sachs with the help of Alan Greenspan and others have pushed for the removal of financial protections that makes the free market fair. Glass-Steagall was suppose to prevent the concentration of capital in megacompanies to avoid conflicts of interest. It was killed. The Commodity Futures Modernization Act blocked regulation of financial instruments which hid the toxic mortgage waste. All of which allowed a few select companies to gamble away pension funds and people’s savings. Best of all, should anything go wrong, the public tax dollar would bail them out.

This is way more complicated than I can discuss using my vacation brain. What’s interesting is that these facts are not in dispute. What is in dispute is whether elite companies have the right to pursue profit using any means possible. Ethical standards be damned. They made tonnes of money so they must be right in using government as their lapdog and using it to pay their bonuses when they lost everyone’s money. Heck why not get into the arms trade or human trafficking?

Ethical standards have a functional purpose. They prevent an unfair game from being played. What makes a fair and free market compelling is that it allows everyone to compete and push each other to higher levels of achievement. It’s a game that get’s to be played over and over again. It stops being a game however when people start breaking legs or bribing the officials. Pretty soon, no one will want to play the game and you can say goodbye to social stability let alone innovation and creativity. 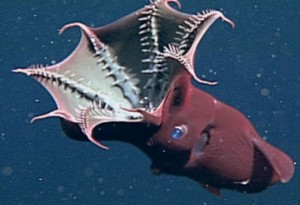 Ultimately economics is suppose to help us play a much bigger game. Maybe developing a higher quality of life, enhancing our environment for future generations, growing in our understanding of ourselves. Creating a more fragile financial system through bigger mega-institutions, disenfranchising millions of their savings, and taking value rather than creating it is a short-term game that cannot last.

Here, in Sri Lanka, at least there isn’t one three wheeler isn’t sabotaging every other three wheeler, taking tourist money dropping them off in the middle of the desert then shooting them in the foot and leaving them somewhere to die. The three wheelers are creating value which is more than can be said about the vampire squid.

(Don’t know what a vampire squid is? Read this Rolling Stone article for an update.) 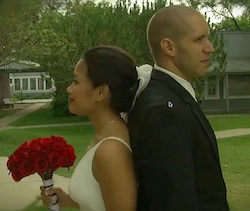 What if you were seized with a crazy desire to buy a video camera and tell stories, but you don’t have a clue how to make a film let alone hold a camera? That’s the question I was faced with a few months ago.

The idea smacked me across the face. Video is a beautiful intersection between my techno-geek, story-teller persona and the needs of projects I was involved in. So how to travel down this path a little further? Or as Savage Garden once sang, “I don’t know if I love you, but ooo I want to find out.” Here are some of my first steps down in that journey.

Is this idea even feasible in my life?
I started thinking about what kind of video equipment I needed (versus wanted which was unlimited). Not the necessarily best place to start, but it leads to questions of purpose for the camera and me in the short-term as well as what I wanted to grow into in the long run.

But how to pay for this venture? Fund raising was a possibility, but knowing nothing about that, I settled on starting a small business in videography. What set of skills did I need? How could I get them? What kind of work could I get? What can I learn from other videographers out there? And in the context of other things I could be doing, is this worth while for me to do?

After seeking answers to those questions, there was only one thing to do: get my company started.

If yes, ramp up and get started
Convincing myself (or perhaps rationalizing) that it could work, I proceeded to build my own action-oriented curriculum since film-school was overkill at this time for my little side project.

The experiment goes on. There’s storytelling and storyboarding to learn. There’s shooting mini-documentaries. I feel as if there are invisible lessons everywhere to be learned. Some significant, some not. Now if I can only find them.

I have to admit that I like learning my way versus the school way. It takes more discipline, but it is also vastly more liberating, and it has to lead to interesting collaborative and creative projects such as this one. Try it out with your irrational idea. 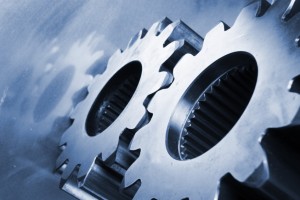 What do these three pieces of information add up to: a quote from the founder of a start-up company, an article from Harvard about outsourcing, and a book about peak oil? The answer: a trend worth paying attention to!

In Jeff Rubin‘s Why Your World is About to Get a Whole Lot Smaller, he describes how the inevitable depletion of oil supplies will lead to triple-digit oil prices and make local manufacturing much more attractive because distance will cost money. Unfortunately according to a recent post at the Harvard Review, the US has been losing its ability to manufacture products because they have been outsourcing just about everything. The post rightly makes the link between manufacturing and innovation. The close relationship between applied and theoretical science has historically generated many new ideas.

Fundamentally, what the US (and Canada as well) is losing is a sense of being able to make things. Ten Have, founder of atart-up Ponoko said it beautifully in Inc:

“The ability to make stuff has been leached out of our society. It’s sad. No, it’s worse than sad – it’s almost a criminal act. Because when you think about what has happened – the rendering down of a population to be consumers – what you’re really doing is rendering people unable to think critically.”

His company is essentially trying to bring the ability to make things back to every day people. This feel for creating quality things of value must surely become important again in the near future. It really is a criminal act to “spend” life rather than create it.

Chris Hsiung is the president of U Venture, a consulting practice that helps entrepreneurs and professionals develop their adaptive learning capacities to navigate uncertain times and build meaningful life ventures. He graduated with distinction from the University of Calgary in Electrical Engineering and is an internationally certified coach through the Coaches Training Institute (CTI). He is also a student and teacher of curriculum at Leadership Calgary and at Momentum. 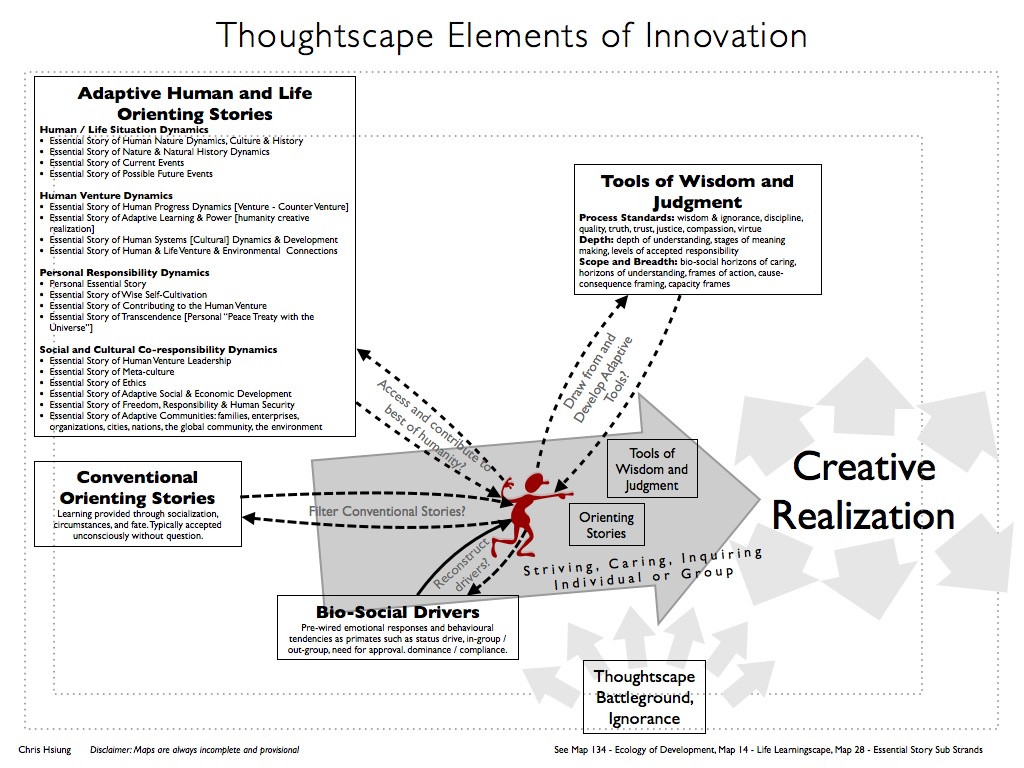 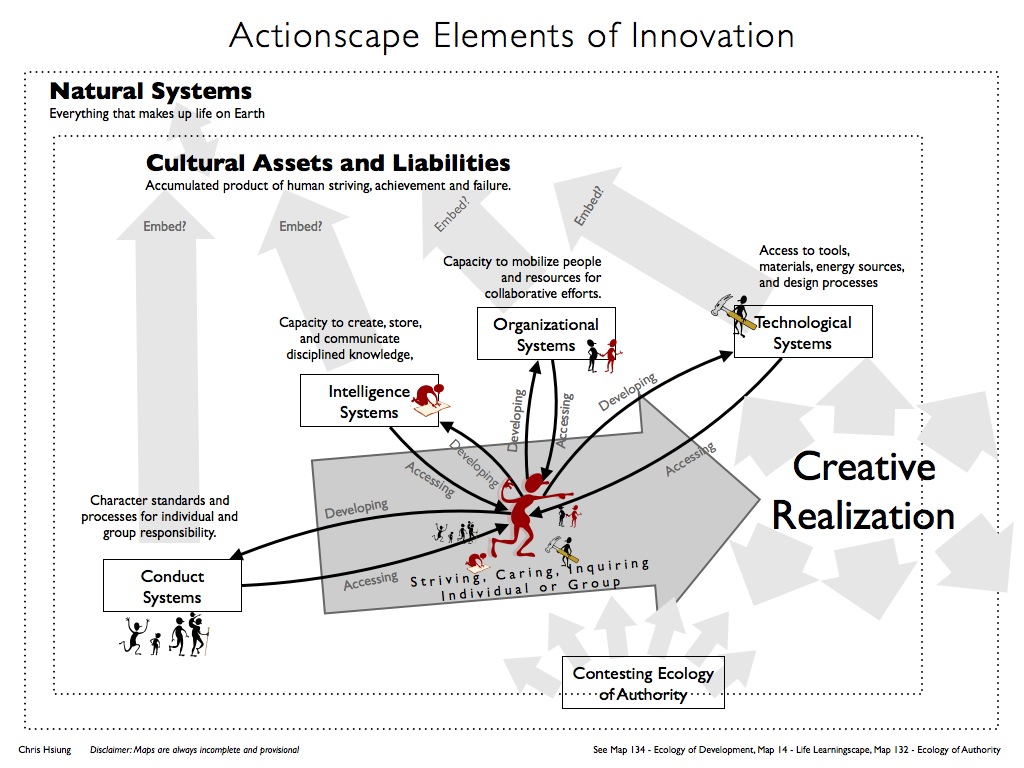