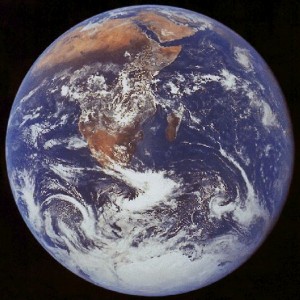 This is quite possibly the most important video I have cut together to date. Not because I shot it. In fact, I’ve taken liberally from HOME, Journey of Man, and Short History of Progress.

It’s important not because the ideas are original. They are drawn from Leadership Calgary and from the work of the Action Studies Institute.

It’s important because it’s a vivid reminder to me every day that I am part of the human race whose history is my history, and whose journey is also my adventure.

I use to think my history was tied to who my grandparents were or where I was born. As it turns out, that is only a tiny part of my ancestry.

I used to just assume I was a global citizen perhaps because I’m part of that “new generation”. In reality, scientifically, historically, pragmatically we must learn to become global citizens.

And so this video is in a way an introduction to the human race and the situation we find ourselves in and the need to move forward.

I’d much enjoy hearing your response to it. 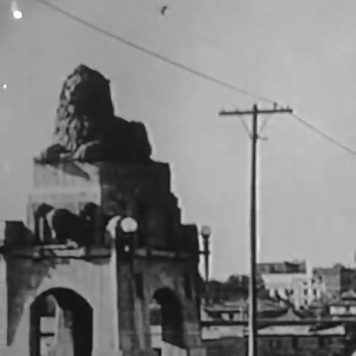 The city in which you are born is the one you know the least. It’s just home with its familiar cityscape, favorite locales and friends you’ve grown to know. What is common becomes unworthy of our curiosity.

I had a chance to renew my curiosity for my hometown of Calgary. I wanted to tell a story that connected our TEDxCalgary theme of “Breakthrough” speakers with the pioneering spirit rooted in Calgary.

So I took my camera to Fort Calgary and Heritage Park. I imagined standing on the same ground as the early immigrants and settlers would where instead of cars there were carriages. I imagined a place where Chinese was a dirty word. I also drove out to Head Smashed-In Buffalo Jump and tried to envision a prairie filled with a thundering ocean of bison. I even stood atop the Calgary Olympic Park to catch a glimpse of the sunrise over downtown Calgary.

Despite my Chinese ancestry, I realized in my little exploration that my deep affiliation has been with the snow-capped mountains, the cold winters, and mostly yellowish prairie landscape. To think that so many others tried to live here, eventually succeeding so that I might succeed here, feels humbling.

So here is my short history of Calgary:

Let’s face it. Conventional economic theory needs a major overhaul. I’m not here to debate Keynesian or Friedmann economics because that isn’t necessarily the most significant challenge. The most significant challenge is that economics has become the dominant mode of dealing with opportunities and threats on a global scale and the field has no idea how human beings work. 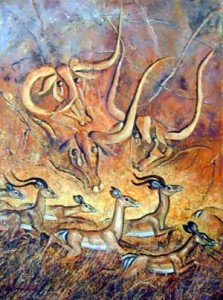 Underlying the dazzling mathematical models is a primitive assumption about human rationality, which is narrowly defined as purely objective and logical and self-interested. There are three serious flaws (among others) with this assumption: a) a person can never have “all the facts” to make an “objective” decision , b) even with the facts, human beings have a wide range of priorities not all of which are purely economic, and c) self-interest is only one aspect of human nature and certainly not necessarily their best quality.

All of these assumptions though lead to a system that reinforces the worst aspects of human nature. So we in fact have an economy that serves self-centred consumers who mistake impulsive decisions for living a wise life. The belief that people act primarily from economic motives is so ingrained in our culture that it has become heretical to shake.

Yet we know on a personal level that somehow the pursuit of money and material wealth degrades what it means to be alive and human. Much of what is important in life is immeasurable and intangible. Quality friendships, meaningful contribution, a sense of community, engagement in creative work are all well beyond traditional economic models. True, we need efficient ways to produce and distribute goods and services, but when economics becomes the only source of meaning, we are left with a desolate life and planet.

Robert Shiller starts to get at the nature of true human rationality. From How ‘Animal Spirits’ Destabilize Economies:

“If we thought that human beings were totally rational and acted mainly from economic motives, we, like Adam Smith and his followers today, would believe that governments should play little role in regulating financial markets and perhaps even in determining aggregate demand. But on the contrary, we believe that animal spirits play a significant and largely destabilizing role. Without government intervention, employment levels will at times swing massively, financial markets will fall into chaos, scoundrels will flourish, and huge numbers of people will live in misery.”

The idea of the “animal spirits” in us is an acknowledgment of our evolutionary past. More precisely, we are biologically wired for many kinds of rational behaviour at the level of small-troop primates. At this level, it makes sense to be loyal to family and kill any outsiders. It makes sense to be only concerned with being affirmed or achieving status within the troop.

In addition to the “animal spirits” human beings have the added ability to program themselves through socialization by their culture. Much of what we learn and what we think is important comes to us through our family, friends, books, schools, movies, and religious institutions. And as we know, that socialization may or may not be helpful. Objective rationality, sadly, comprises only a small part of how people make decisions, that same small part relied upon by economics.

What’s interesting about all this is that to a primatologist or anthropologist or sociologist, this aspect of human behaviour is hardly ground-breaking. Because of the massive amounts of knowledge available to us, we have a tendency to create silos around fields of study. You can spend your whole life studying economics, but never come to understand what life is about unless you draw from other fields.

To develop an economic model, promote it as they model to live by, and measure the outcomes by it’s own self-referential benchmarks degrades the human spirit and results in the kind of destructive behaviour seen on individual and organizational levels.

Perhaps economics is a better illustration of how we fool ourselves about how people behave than telling us about how we should or could behave. 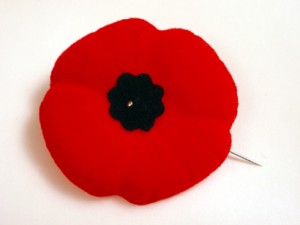 I was told as a child that Remembrance Day is about honouring the veterans and how they fought for peace. Sadly I have come to learn that this is a convenient mythology told to us so we can feel better about our history and not truly learn from it. It helps to remember that the 20th century saw some of the worst human rights violations and large-scale wars in human history. Clearly we are not remembering enough and learning enough from our past.

Here is a short list of some of the things that we should be remembering, and I’m hoping you the reader will contribute to this list so that we can have a true accounting of Remembrance Day.

What else do you think we should remember?