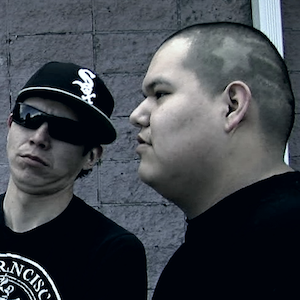 I got to direct and edit my first dramatic short film! My crew and actors were comprised of a group of adults on the Eden Valley aboriginal reserve, none of who had technical or acting experience. We had less than five days to learn the basics, come up with a script, and shoot it.

And you know what? Despite the lighting not being quite right and the camera framing off, the story had an authenticity to it which really moved me. The realities on the reserve around addictions and the lack of any economic prospects make the story all the more meaningful.

You can watch the short video here:

The most important part of this story though is the impact it has had on the people who created it. Emil, the main actor, was stunned to see his own story reflected in the film because (I think) he saw his life and what was possible for his life. And perhaps in being the hero, in acting in front of a camera, in struggling to read the script, he felt the power of writing his own story.

I see the possibilities of fiction differently now. Fiction can be a medium that sometimes say more about reality than documentary can. For documentaries, you can’t always be at the right place at the right time. However good fiction can recreate or highlight those transformative moments in human experience. On the other hand, bad fiction like bad documentary oversimplifies or distorts our perceptions of the world. So in both cases, I feel a kind of responsibility to crafting something that is significant and meaningful. At least it is something I can aspire to.