economisting 1. The act or process of converting limited evidence into grand claims by means of punning, multiplicity of meaning, and overreaching. 2. The belief or practice that empirical evidence can only confirm and never disconfirm a favoured theory. 3. Conclusions that are theory-driven, not evidence-based. See also confirmation bias, painting with a broad brush, Iraqi weapons of mass destruction, marketing, post-modern critical theory, German meaning of “mist”.

Need I say more about how this applies to today’s economy, foreign policies, ways of thinking?

When you play soccer for fun, the aim is not about scoring the most number of goals, but about practicing your craziest and wildest moves (if you’re just that good) or helping others practice their crazy and wildest moves (as far as they are able to). There is an unspoken rule that the game is meant to be fun for everyone.

When you’re playing soccer for points, suddenly a different mentality settles in. For the competitive, “win at all cost”. And so it is then that as a ref, I get to see that “fog of competition”. Coaches see only the other team’s faults or yell at their own players, players push other players without apology and lose their temper, and the ref charged with failing to ref.

And that’s just for the minor leagues.

But every once in awhile, I see the coach that encourages his players and players that respect their opponents even as the score remains close. These are people of character, that give me hope for people’s ability to see the fun and seriousness together.

We must remind ourselves over and over again that even as we compete, we are collaborating. Let’s keep our exploitive and prejudicial tendencies to a minimum shall we?

I was reading about ways in which people who are lost will attempt to get “unlost”. One of the ways as described by Kenneth Hill in Lost Person Behaviour is this:

Using folk wisdom. This is a miscellaneous category that refers to an attempt to reorient oneself by using any of the numerous adages on how to find your way safely out of the woods, usually passed on over camp fires or even disguised as “facts” in survival books… One popular and otherwise useful survival text advises the lost person to reorient himself by locating his or her “place of birth” by facing various directions and having a friend test one’s arm strength at each orientation (Fear, 1979, p. 156). The idea is that you are strongest when you face your birthplace, and that you can use this information in determining the direction out of trouble. I include this notion — which seems a bit exotic, if not far-fetched — only to illustrate the diversity of ideas often proffered as wayfinding advice.

This notion that one can know the direction of one’s birthplace is easy to test and find lacking in truth. Certainly in hunter-gatherer cultures, individuals will have an unerring sense of direction and navigational capabilities compared to city slickers like me. However that has been shown to be a result of a highly developed sense of awareness trained to the level intuition since birth.

What likely works about it is much like how shamans help tribal hunters find game. Upon finding no more game, the hunters approach their shaman who may throw some bones on the ground, read it, and then point in a direction. The hunters, given confidence in a new direction, now pursue set off until lo and behold, game is found.

Is it magic? Or is it the power of having confidence in a new direction, any direction? This not meant to detract from the power of the shaman whose wisdom would be magical to our civilization. But it is important to understand when that sort of wisdom would work and when it might fail. Shaking up your mental model of world through shamanistic experiences may help you see the world in wonderful new ways, but given a magical feather, you will not be able to fly off a cliff no matter how much you believe in it.

Have you heard the expression, “<insert number here> million people can’t be wrong can they?” More and more I’ve realized that the answer is big resounding yes!

There are the obvious examples. For instance, people use to believe that the world is flat or that disease was caused by bad smells. Clearly, there will always be more about the world than we can know today. 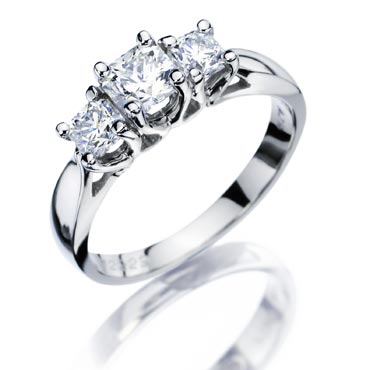 But it’s the myths we intentionally adopt that amaze me. In today’s CBC podcast, Terry O’Reilly talks about how holidays are commandeered by companies. The tradition of giving a diamond ring for an engagement? Created by De Beers. Cocktail hours? Invented by a distillery. Although at one level we understand that companies profit from it, on another level ask any guy and they’ll tell you that the social and cultural pressure to buy a diamond is real.

As it turns out, companies were not the first to co-opt special occasions. Churches have long known the benefit of tying a message to a celebratory event. In the ancient Roman days, all sorts of Holy Days (a.k.a. holidays) were celebrated around winter solstice including the “birthday of the unconquered son”. During the 4th Century, the church implemented a Christ Mass to push out the other celebrations. Over time people came to associate the Christ Mass (Christmas) with trees and gift exchanges and the birth of Christ even if the birth likely did not happen on December 25th.

While you may argue the accuracy of that story, the more recent story of how Coca-cola created the image of Santa Claus is undeniable. Needing a way to market their soft drink during the Winter Season, they created a picture of the Santa Claus we see today… dressed in red and white. Why? Because they are the colours of Coke.

What this illustrates is how easily we are misled into believing that a particular story is true. Churches, companies, media, politicians today are highly adept at manipulating our myths to their advantage. We unthinkingly consume news, products, information without regard for its origins.

I can’t help but come back to how important it is to have a sense of own history. Without an accurate knowing of our past, we end up stuck in a hall of mirrors that reflects only what we want to see. And that makes for a dangerous and vulnerable place to be.

So let me state the obvious. Just because everyone else believes it, doesn’t mean it’s true.