As I was vacuuming the stairs using the special attachment, the brush stopped spinning for no immediately obvious visible reason. Looks like it was time to take out the screwdriver! When I managed to unscrew the casing, I was confronted by an incredible sight: a beautifully constructed motor.

I was struck by a sense of wonder that this tiny motor, a few hundred years in making, lived in my vacuum cleaner. It’s a simple electrical device when compared to integrated circuits and cellphone signals. Plug it into a standard 120 VAC power source and the motor will spin. Simple.

That is to say, this product has taken generations upon generations of people trying to figure out how the world works and how to put it to work. This is how great works have been achieved by the human kind.

So the next time you flick a switch or push a button remember that you are relying on the perseverance and thoughtfulness of countless other people.

Which reminds me, I wonder what I can do to add to this inter-generational work.

I like this… in Designs for Hard Times, the battle cry for the Cebu furniture industry brutalized by a global recession is “Resilience through greater creativity.” 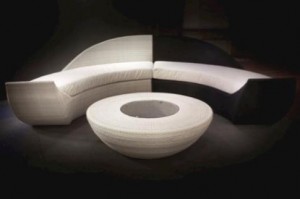 When the environment changes, the species within that environment are forced to adapt. Some species will come out stronger because the previously dominant species have lost their position. Other species will die off in the new conditions.

Being human, we are lucky that our ability to adapt isn’t exclusively determined by our genes, but by our culture as well. We can have “species” of ideas that flourish, die off, and recombine to adapt to the circumstances.

So what are we to do when times change? Hunkering down and weathering the storm can definitely be one approach: think of how resilient spores and bacteria can be. But another way is to redouble your efforts in doing serious creative experimentation.

Notice I say serious. I’m not talking about trying anything and everything in a panic to do something. I’m talking about all those other ideas and projects that you put off for short-term gain (for example, consider the fact that GM already had advanced design ideas for hybrid vehicles years ago, but never acted on it). Or brushing the dust off your personal R&D department that you’ve neglected (such as reading books, doing market research, and building prototypes).

Respond with more not less.

I came up with this formula as a way of capturing the essence of creativity, but upon reflection it can be misleading because it is not meant to be applied in simplistic ways. The formula above says something about what is necessary for creative activity, but it is not be sufficient.

For instance, say you wanted to create a new chair. You would need to know about other kinds of chairs and materials, how they work, and how they’re built. In other words, you need a depth of understanding because without it, there is nothing to create from.

But in order to create something original, you will also need to bring in other fields and disciplines because often ideas from the “outside” is what generates a new way of looking at the problem. Consequently, you need to understand broadly.

True creative efforts though will suffer many frustrating setbacks due to your lack of understanding. It is original work afterall! Thus the energy source required to push through this barrier is striving. Without it, the creative effort will never see its fruits.

Sadly, despite all that work, the outcome is only potentially creative because I have neglected other forces that may strike down the creative effort. What if this new chair is not tolerated by society? What if the competition steals the idea? What if the political environment changes?

Still… it doesn’t hurt to play around with a formula, does it?

We are naturally pattern-seeking creatures. When the ancient Greeks looked up at the stars, they invented a whole series of rich stories and mythologies to go with the constellations. These stories and patterns may on one hand seem arbitrary to us, but on the other hand it was an early way of remembering where the stars were positioned in a time when navigation by the stars were critical.

We have since found far more powerful uses of patterns. Some of you may know the story of how one man discovered the cause of cholera outbreaks in London. Before anyone knew about germs, these outbreaks were thought to be caused by bad smells.

Dr. John Snow thought otherwise. He investigated the outbreaks by mapping the location deaths with a black bar on a street map.

He discovered that cholera would kill people on one side of a street but not the other, or that one person would die blocks away from a cluster. How then could this be caused by bad smells?

Then by interviewing every family, he was able to find the commonality that each person drank from the same water pump. To test his theory, he took the handle off the water pump and the outbreak stopped.

What is important is not the map, but how he was able to identify the patterns and create a solution by creating the map.

Finding patterns and testing them allows us to understand the underlying cause, which often cannot be seen by the naked eye.

Much of human behaviour is that way. You can watch a chess player move a piece or a boxer throw a punch. You can even mimic the movement, but you will not have a clue why they do so or what they will do next. We can see the action, but not the thought behind the action.

Whether you are trying to understand how to be creative, innovative, or successful discover the principles behind the event, the pattern behind the isolated data points. 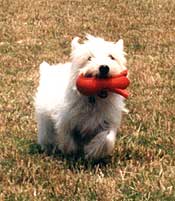