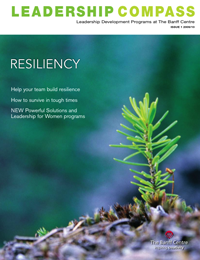 “Last summer I was hiking with my friends around a lake in Alberta’s Peter Lougheed Provincial Park. The day was beautiful with plenty of great conversations. Then someone mentioned that the lake was no longer in sight. Not to worry, we reasoned, it should be just around the bend. We were lost, but we didn’t know it yet…”

I was reading about ways in which people who are lost will attempt to get “unlost”. One of the ways as described by Kenneth Hill in Lost Person Behaviour is this:

Using folk wisdom. This is a miscellaneous category that refers to an attempt to reorient oneself by using any of the numerous adages on how to find your way safely out of the woods, usually passed on over camp fires or even disguised as “facts” in survival books… One popular and otherwise useful survival text advises the lost person to reorient himself by locating his or her “place of birth” by facing various directions and having a friend test one’s arm strength at each orientation (Fear, 1979, p. 156). The idea is that you are strongest when you face your birthplace, and that you can use this information in determining the direction out of trouble. I include this notion — which seems a bit exotic, if not far-fetched — only to illustrate the diversity of ideas often proffered as wayfinding advice.

This notion that one can know the direction of one’s birthplace is easy to test and find lacking in truth. Certainly in hunter-gatherer cultures, individuals will have an unerring sense of direction and navigational capabilities compared to city slickers like me. However that has been shown to be a result of a highly developed sense of awareness trained to the level intuition since birth.

What likely works about it is much like how shamans help tribal hunters find game. Upon finding no more game, the hunters approach their shaman who may throw some bones on the ground, read it, and then point in a direction. The hunters, given confidence in a new direction, now pursue set off until lo and behold, game is found.

Is it magic? Or is it the power of having confidence in a new direction, any direction? This not meant to detract from the power of the shaman whose wisdom would be magical to our civilization. But it is important to understand when that sort of wisdom would work and when it might fail. Shaking up your mental model of world through shamanistic experiences may help you see the world in wonderful new ways, but given a magical feather, you will not be able to fly off a cliff no matter how much you believe in it.